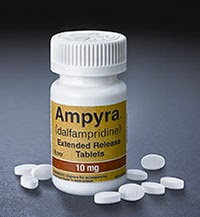 Methods
A retrospective cohort study was performed using Medco pharmacy and medical claims. Medical claims were used to identify MS patients with more than one prescription for D-ER with 1 year of prior continuous enrollment (n=704). These patients were matched 2:1 on age, sex, and health insurance source with a comparison group of MS patients who were treatment naïve for D-ER (n=1,403). Categorical data were analyzed by χ2 test; ordinal data by Wilcoxon rank sum test; and continuous data by Student’s t-test.

Results
Most patients were women aged 45–64 years. In the year preceding D-ER initiation, the prevalence of seizure and renal impairment was numerically lower in the D-ER cohort relative to those who were D-ER naïve (seizure: 3.1% versus 4.7%, respectively; renal impairment: 4.3% versus 5.1%, respectively); however, prescriptions for antiepileptic drugs in the two cohorts were comparable. In the year preceding treatment initiation, 62% of the D-ER cohort was prescribed MS-specific disease-modifying therapies relative to 45% who were D-ER naïve.

Conclusion
Seizure and renal impairment rates among D-ER-naïve patients were consistent with published literature, yet rates among those prescribed D-ER during the year preceding treatment initiation were slightly lower than rates among D-ER-naïve patients. Given that D-ER is contraindicated in patients with history of seizure or moderate or severe renal impairment, lower rates may indicate that risk-minimization strategies contributed to the lower prevalence.


Story Source: The above story is based on materials provided by USNATIONALLIBRARYOFMEDICINE
Note: Materials may be edited for content and length
Click here to read more
Posted by Josi Creek YDCtv at 6:01 PM