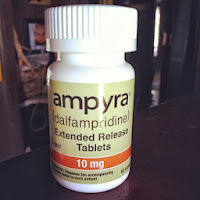 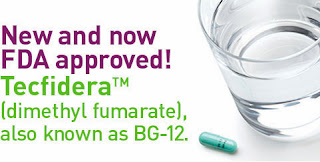 
The clinical benefits of dimethyl fumarate and PR-fampridine were discussed at a Biogen Idec-sponsored satellite symposium at the 29th Congress of the European Committee for Treatment and Research in Multiple Sclerosis (ECTRIMS). Dr Xavier Montalban, Chair of the Department of Neurology-Neuroimmunology of the Vall d’Hebron University Hospital, director of the Multiple Sclerosis Centre, provided a detailed analysis of dimethyl fumarate (DMF), a twice-a-day tablet with evidence of suppressing MS disease activity. Dr Thomas Berger, Department of Neurology, University of Innsbruck (Austria), highlighted the effectiveness of PR-fampridine, a prolonged-release tablet proven to improve walking in adult patients with MS. Dimethyl fumarate is an enteric-coated microtablet which works to relieve oxidative stress, thus preventing axonal loss in the early stages of MS. This disease-modifying drug (DMD) was recently US Food and Drug Administration-approved and his marketed under the name, Tecfidera. Its efficacy was established in phase 2b and phase 3 studies. The primary end point of the phase 2b study was a reduction in total number of Gd+ lesions on MRI scans performed at weeks 12 to 24. Results in this study were favorable as they showed a 69% reduction. The DEFINE-CONFIRM phase 3 study, on the other hand, was a comparative study with conflicting results. Results differed in assessments of annualized relapse rate at 2 years, proportion of patients relapsing at 2 years, 12-week confirmed disability progression, and gd+ lesions at 2 years. However, an integrated analysis of DEFINE and CONFIRM was conducted based on shared baseline characteristics from both studies, resulting in a more accurate estimate of DMF’s treatment effects. Results of this analysis were then used in an extension study (ENDORSE) which showed no new or worsening safety signals among patients with continued DMF exposure, and a similar safety profile between patients in the phase 3 study, and those who switched to DMF during ENDORSE. According to Dr Montalban, DMF’s potential for QoL improvement was thusly established in its reduction of relapses, disability progression, and MRI evidence of disease activity. Though a 30% reduction in lymphocytes was observed, lymphocyte count remained in the normal range. Other adverse events were mild to moderate flushing and gastrointestinal occurrences. The next DMD discussed here is PR-fampridine, a prolonged-release tablet which has shown to enhance walking speed by improving conductivity of signal on demyelinated axons. While it has been approved in both Europe and the US under the names Fampyra and Ampyra, respectively, PR-fampridine’s QoL results are currently being evaluated in the ENABLE study. The study’s primary endpoint is a change from baseline in Short-Form 36-question Health Survery Physical Component Summary at weeks 12, 24, 36, and 48. While QoL results are being determined through self-administered questionnaires, an interim analysis was conducted, examining changes in baseline at weeks 12 and 24. Results showed a marked improvement in QoL with clinical responders recording an average physical component score of 4.6 over baselines at week 12, and 4.2 at week 24. Similarly, considerable improvement was shown in mental component score with an average of approximately 5.1 over baseline. With efficacy and safety established as positive effects of PR-fampridine, the results of the interim ENABLE analysis show promise for improved quality-of-life as another favorable outcome to responding patients with MS.  -
READ MORE
Posted by Josi Creek Unknown at 1:13 PM